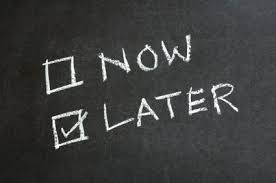 Soonish, anyway. At least put it on your To Do list.

Writers are world-class at putting off writing. I can’t focus on it unless every scrap of freelance work is done. And the house is clean, and I’ve made chutney.

Lately I have had a partner in procrastination – my just-graduated son. We returned home from a family holiday. I had a pile of urgent work to do, so writing was out of the question. He had an online TEFL course to finish by producing a lesson plan and an essay.

I met my work deadlines, so for a very rare moment, all I needed to do was write. I had just been on the annual holiday that inspired my new novel The Year of the Ghost. What better time to press on?

And yet I put it off. I made a very good show of being busy – there was the holiday washing to do, windfall apples to preserve, decorating to get started. 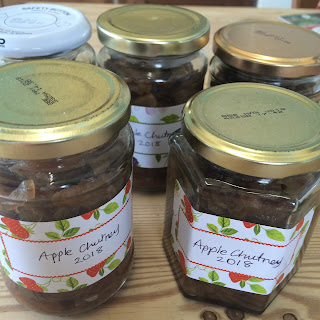 My son was more transparent. He’d stay in bed until midday, then say he was keen to get going. ‘Me too,’ I’d say, ‘I’m going to get down to some writing.’ He would potter around until mid-afternoon, by which time he’d be starving. Shopping for food, preparing and devouring it would take up another few hours. He was lucky if he got started by the evening, and then not much progress was made.

It was so sloppily obvious, his student-style procrastination. And yet I wasn’t writing either.

What was stopping us? The Year of the Ghost is at an exciting point – the plot and sub-plots hurtling towards a crisis, long-kept secrets about to burst into the open.

My son’s life, too, is at a tipping point. Once he gets the TEFL qualification, he is going to get a job so he can finish saving up to go and teach in Vietnam. It has been his dream for ages, and it’s finally about to happen. 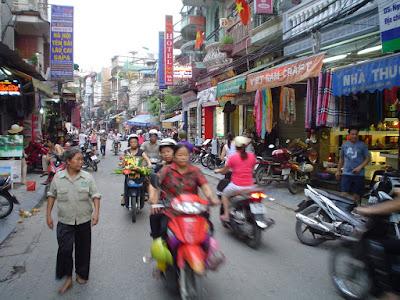 Was it precisely because our prospects are so profoundly wished for and worked for, that we were  putting off achieving them? Is it scary to reach out at last for what you’ve longed for, like leaving the ground and flying?

I gave up my career to finish my first novel, Unspeakable Things, then battled with the worst procrastination I’ve ever been mired in. I’d wanted to publish a novel my entire life, but I let terrifying self-doubt paralyse me.

I got through it in the end. Unspeakable Things burst upon the literary scene, only twenty-three years in the making. And I had watched my son agonise over the bete noir of his dissertation, but eventually he had ground it out (and got a First for it).

Now we were both slouching round the house putting off the inevitable. I knew it had to stop when I took to the bathroom with a tube of hair remover. ‘Apparently I can’t write with hairy legs!’ I called. We both knew the game was up.

I opened up my document of changes to be made to The Year of the Ghost and went through the novel applying them. I have almost finished rewriting a whole character, among other important improvements. Goodness knows, eventually I'll actually go on with the story.

As he sat down at his laptop, my son grunted and groaned as though literally pushing through a barrier. Soon, though, there was no distracting him. He wanted feedback from his father when the two of us were in evening mode, nodding off in front of the TV. He battled on, got the work done, submitted it in the middle of the night and found out within hours that he had passed the course. He’s doing an intensive peer-teaching course this weekend to improve his chances of employment. In other words, he’s flying.

Try these 8 strategies to break through procrastination:

1 Work out what you really want to achieve. It could be as profound as ‘end career, finish novel’ or as basic as ‘write thank you letters’ or ‘clean out the cupboards’.

2 Divide it into smaller, achievable tasks.

3 If you find yourself procrastinating, think through what’s really stopping you from reaching your goal. Once you catch yourself putting obstacles in your own way, it’s easier to push past them.

4 Commit yourself to spending 25 minutes on a task, then plan a break. You’re afraid getting down to it will be horrible. It probably won't be, and even if it is, we can put up with horrible for only 25 minutes, right?

5 Think past the task which is daunting you to the way you’ll feel when it is done.

7 Leave off the task at a good point – don’t leave yourself with a difficulty to solve when you restart. If it’s an essay, stop for a break when you have a clear idea of what you’re going to write next.

8 Plan a reward for when you’ve finished. This stuff is HARD – you deserve it!

Some people are genetically inclined to procrastinate, and if you suffer from OCD or any kind of attention deficit disorder, it can be a particular problem. Give yourself huge credit when you push through it to achieve your goals. You are a legend!

In a sense, we’re always putting something off. When I’m working, I feel I should be writing. If I have time for writing, I worry I don’t have enough work. When I finally got down to working on the second novel, I felt guilty for putting off marketing the first. I should be writing this blog, booking talks, going round the bookshops to see how Unspeakable Things is doing.

Let’s give ourselves a break! Let's do one thing at a time and do it well. There will always be other things competing for our attention. We have to be at peace with putting them aside.

The hairy legs, the marketing, the other stuff can wait.

Posted by Creaky door writer at 04:49