Why are we afraid of spiders? 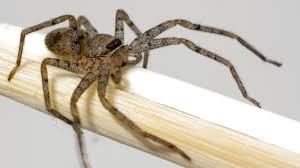 As a writer of scary books, I am fascinated by fear.

On a course I did recently, the leader said, ‘It seems to be a powerful belief in all cultures that spiders are a deadly threat.’ This got me thinking about how fears have evolved into the strange, irrational feelings we have now.

Neuroscientist Stefanie Hoehl did an experiment on babies to work out whether arachnophobia is learned from our culture environment or embedded in us as a species. Researchers looked at the pupil dilation response in babies when shown pictures of spiders as opposed to flowers, and snakes as opposed to fish.
The report says: 'Spiders ad snakes provoked the most pupil dilation, even in children that are so young they couldn't possibly have learned that spiders are something dangerous that many older people tend to fear. "We conclude that fear of snakes and spiders is of evolutionary origin", Hoehl explains.'
Clearly an old fear of a genuine threat has imprinted itself in the human brain as a survival stragegy, but over time this has evolved into a useless response that we barely understand even as we jump away, shrieking.

The top five phobias are the fear of spiders, snakes, heights, agoraphobia (the fear of open or crowded spaces) and the fear of dogs. I have three out of these five, which probably makes me an average scaredy-cat. I am not afraid of heights (Beachy Head – call that a long way down?) I don’t suffer from agoraphobia,  though some of my favourite people courageously battle this debilitating fear. 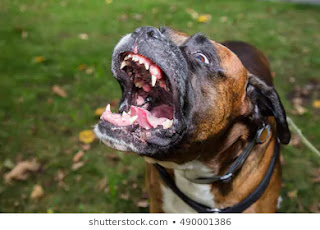 I have a vestige of the fear of dogs that tormented me as a child, because a Pekinese bit me in the face as a baby. I have made my peace with unthreatening dogs, but if I’m out on a walk and one behaves aggressively, I virtually leap into my husband’s arms, whimpering.
My worst fear is spiders, but I don’t consciously think they will kill me. Instead, I am revolted by their hairiness, their hand-like leg arrangement and the way they move. There's a reason we call them creepy-crawlies!
In nightmares, spiders crawl on me and I’m paralysed and unable to stop them.
When confronted by one in waking life, I sometimes contemplate being a proper grown-up and picking it up to get rid of it. The reason I don’t is an overwhelming fear is that it will jump as I reach for it and GET me – perhaps, oh dear God, in the face – or crawl about in my hand in a hideous and unbearable way.
Am I really an enormous human adult, towering over a tiny harmless creature, terrified that it will TICKLE me? 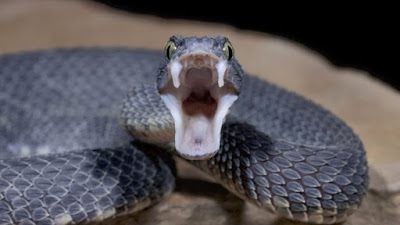 Snakes also terrify me, but I am less likely to need to evict one from the bathroom. And the fear of snakes is not irrational, I tell myself, even in safe, temperate Britain, as who can remember the visual difference between an adder and a grass snake (especially while running away, screaming)?
There are 100 adder bites a year in Britain, so the threat is real. OK, there have been only 14 deaths since 1876, but I MIGHT be next.

Posted by Creaky door writer at 08:38 No comments: