The Baku Beyond - Why are the Media Afraid of Abroad? 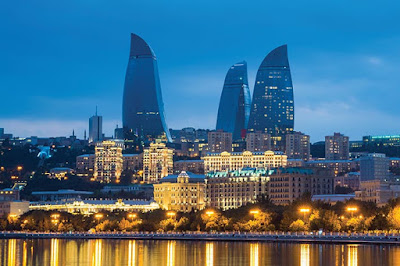 As the Europa League final approached, the absurdity of having a London derby in Azerbaijan was much in the news. The ex-Soviet nation became the byword for a strange/foreign/far-flung place, like Timbuktu before it. How would fans reach such a destination? And if any intrepid travellers did happen to make it, what in God’s name would it be like?

I don’t deny that it was a long way to go, and expensive, and there was fury and despair, and thousands of tickets were returned.

But the press coverage was reminiscent of other panics about foreign hosts. Rumours of catastrophe are rife before Olympic Games and World Cups: the stadium won’t be finished, the local fans are vicious, racist and homophobic, the hotels and cafes will rip off travellers, the police will weigh in with batons and tear-gas and our fans will end up banged up abroad, where the judicial system is corrupt.

I know there are genuine concerns, for instance for gay or black travellers. But it always gives me a warm feeling when fans who actually make it to these alien places not only survive, but thrive.

Reporters interviewing British fans in Baku invited gripes about gruelling journeys and local difficulties – how lovely, then, to hear them reply,

‘It’s so beautiful here! And we’ve been treated like honoured guests.’

This fear of ‘abroad’ so often turns out to be unfounded – but it’s not only the media who indulge in it.

We all get anxious before travelling. As a trip approaches, anxiety rises. What if they don’t have this or that in the shops? What if they feed us things we’re allergic to? What if they steal from us or rip us off?

I love travelling, but I confess to packing my favourite teabags, and vitamins, and Diocalm (usually years out of date, because it never gets used). But then I arrive, and I relax, and my happiest memories are made. 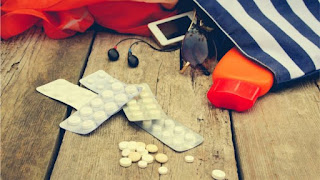 Perhaps this is the reason for the sure-fire holiday, the place you return to year after year so you can bypass all that fear of the unknown and hit the ground running, doing all your usual things.

In my next novel, The Year of the Ghost, a family go on their annual trip to a house in Wales, cheerfully mocking themselves for doing the things they always do, and have done for years. Only this time, something terrifying has invaded their usual holiday. Who could be haunting them in the place they all love?

Posted by Creaky door writer at 00:16