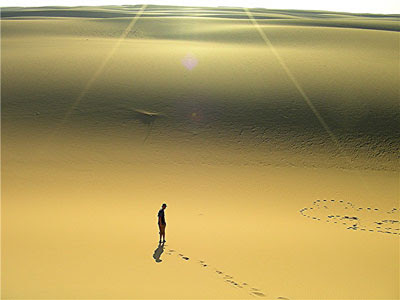 I’m in the writer’s wilderness. It’s that place when you’re not writing your main project, but need to get down to the nitty gritty other things involved if you want to get published. I need to get down to that query letter, and the two short story ideas I have bubbling away, waiting to become actual writing. I’m also in writer’s limbo, waiting to hear about my novel competition entry, my pitch for a feature article, my article on counselling and a poem that I have submitted to magazines.

Like all writers, I’m in it for the writing – the times when I can’t wait to get to the computer and spend every spare minute working away, with a clear task in mind and the creative juices flowing. The nitty-gritty stuff does not do that for me. It leaves me feeling that I’m in a wilderness between those true creative times when I feel that my brain is doing what it was created for. I’m sure it’s what T. S. Eliot meant when he said:

‘Ridiculous the waste, sad time
Stretching before and after.’

All right that’s probably not what he meant, but at least I have shoe-horned one of my favourite ever quotes into this blog. Even if you get nothing else out of this post, you will have read that wonderful line and it will ring in your ears next time something so wonderful happens that everything before and after it seems unbearably mundane.

In my waste, sad time, in my wilderness/limbo (yes it’s tragic isn’t it?) I have been reviewing writing for other people – firstly an excellent query letter and first 30 pages from a dear friend in Hong Kong, which certainly left me wanting to read more.

Secondly, a brilliant first novel by a writer who I discovered through blogging. Below is a brief summary and my Amazon review. Buy this book – I really enjoyed it and was gripped and pleasurably frightened thoughout. 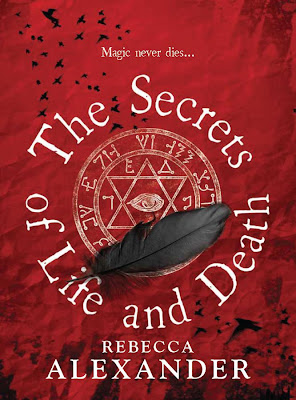 Krakow, 1585
Summoned by the King of Poland to help save his dying niece, Edward Kelley and his master, alchemist and scholar Dr John Dee, discover a dark secret at the heart of the Countess Bathory's malady. But perhaps the cure will prove more terrifying than the alternative...
England, 2013
Jackdaw Hammond lives in the shadows, a practitioner and purveyor of occult materials. But when she learns of a young woman found dead on a train, her body covered in arcane symbols, there's no escaping the attention of police consultant, Felix Guichard. Together they must solve a mystery centuries in the making, or die trying.

Review:
Rebecca Alexander has produced a blend of fantasy, historical and crime genres in this chilling, fast-paced novel. The story, of Edward Kelly in the past and Jackdaw and Felix in the present, grips the reader from the very outset and the pace never lets up after that. There were times when I thought, ‘right, they’re going to do a bit of sleuthing now and things will slow down’, but then the ever-present sense of jeopardy would explode into the foreground once more and the tension would be ratcheted up another notch. I am not usually someone who enjoys fantasy as a genre, but I found more than enough here in the themes of theological orthodoxy and heresy, love, loss, life, death and everything in between to keep me engaged, and the author’s examination of just what lengths we might go to in order to keep a loved one alive were particularly haunting. Having been led to expect a mix of three genres, I also found effective touches of horror; there are moments in the novel that are truly terrifying, and when I stayed up one night to finish it, it gave me nightmares. This in my view can only be a good thing, since a story that looks so long and hard at the boundaries between life and death, and our reactions to them, should fascinate and disturb as this one does. A really accomplished debut from Rebecca Alexander; if there is another one to follow, I will be first in the queue to read it.

That’s all from the wilderness. I’m going away to think of a way of getting, ‘Time held me golden and dying, though I sang in my chains like the sea’ into my next post.
Posted by Creaky door writer at 10:44