Beat Procrastination – A Guide for Writers 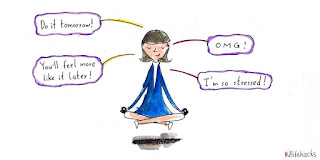 Most writers live in the battle between motivation and procrastination. This morning after listening to this BBC4 All in the Mind podcast  The Psychology of Motivation and Procrastination, I did something I had been putting off for years. It was to do with freelancing rather than writing, but it had been a huge cause of dread and anxiety, and I just did it in a heartbeat.

So read on, writers, these insights from the podcast will really help!

"Motivators are the fuel that lead to a desired behaviour."

Fact 1: Willpower is not the best motivator

We think of willpower as crucial, but  it is actually not the best motivator at all.

Fact 2: Enjoyment is the best motivator

We are more likely to do something if we do it for the love of it. We writers need to remind ourselves that this is why we write. We are inclined to think about the times when we're struggling, or when we read back over our work and hate it. What about those times when we look up to find hours have gone by and we’ve written something good?

Fact 3: Identity is the next best motivator

You are much more likely to do something if we do it because of who you are.
If you want to get into running, think of yourself as a runner. Then you’re not just someone who should go running. It’s not all about the task. It’s about your identity.

The album I got for Christmas, Now 100 Hits: Forgotten 70s taught me this: 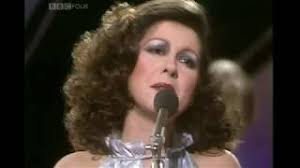 Elkie Brooks drives the point home in the haunting refrain of this forgotten classic. Pearl sings because she’s a singer. That’s who she is.

If you want to write, call yourself a writer!

When my children were little, if I had a tiny scrap of time to myself and was tempted to use it to clear up the house instead of writing, I’d chide myself, Are you a writer or a housewife? This always did the trick.

Years later I took my biggest step towards actually being a writer after years of wanting to be one. I started this writer’s blog. It didn’t matter that I hadn’t been published, or paid for writing. I called myself a writer, and so I became one. Pearl’s a singer. What are you?

Fact 4: It pays to plan ahead

Willpower is fragile, so minimise the effort required for a task. If you want to go running, don’t have your kit packed away, leave it out ready.

If you want to write, don’t plan to do it after a hard day’s work, or when you’ve finished all your paid work.  Plan to do it in the morning or whenever you’re fresh.

Leave off writing at a good point, when you’re pleased with what you’ve done and know where you’re going with it next. Don’t make yourself pick it up again at a difficult point, or you’ll be filled with dread.

“Procrastination is the unnecessary delay of an intended, voluntary and important task despite knowing you’ll be worse off for doing so.”

Oh writer, behold your face in a mirror! That’s us, isn’t it? We’re procrastinators! No, wait a minute, we’re writers! Procrastination is just a bad old habit we’re about to kick. It is not who we are!

Most people procrastinate. It’s when it becomes chronic that it can be really problematic.

However, as writers, we can really help ourselves by understanding the beast that always confronts us.

It’s all about negative emotions... 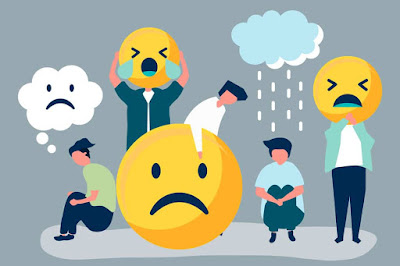 We think procrastination is about poor time management, but actually it’s about poor mood management. We use procrastination as a way of regulating negative feelings. We want to write, but we look at the task of writing as boring, challenging and stressful. It brings up a sense of incompetence and a fear of failure. It won’t be perfect, and that will be unbearable…

Most people delay a challenging task a bit but then think of the benefits and get on with it. However, if you can’t manage the negative feelings you have about a task, you put off doing it to make yourself feel better.

...and an unrealistic view of our future selves

To rationalise the fact that we’ve put a task aside to feel better, we tell ourselves we’ll be less tired, more positive and more capable in future. We paint our future self as a superhero, and so this self begins to seem unattainable, abstract and unreal. We don’t identify with it any more.

Who is more likely to procrastinate?

People who are prone to negative moods such as worry, anxiety or fear are more likely to procrastinate. They already have a high level of negative mood so an unpleasant task makes them want to back away from it.

Some people are not very good at thinking about the future or planning. They prioritise feeling good now, and so procrastinate. People who can think about the future and plan can balance short-term negative feelings with the thought of future rewards.

It just adds to stress

Although in the short term we feel better because we’ve put something off, the task preoccupies our thoughts and makes us anxious. I can vouch for this! The thing I had been putting off kept creeping up on me in my most vulnerable moments – for instance when trying to get to sleep – and hitting me with terrible anxiety.

But today I did it, so there is hope for us all!

Break down big tasks so they’re not so overwhelming and don’t activate those negative emotions. Louise Minchin, BBC presenter and Team GB triathlete, says that taking small steps helps her. She undertakes small tasks to avoid a future task being really painful: for instance she will go for a long run because she has a triathlon coming up and needs to be fit.

As writers, we can set ourselves daily or weekly wordcounts rather than focusing on writing a whole article or book.

2 Think positively about the task

The true secret to overcoming procrastination is managing our negative emotions about a task. In a two-week trial, people were given tasks. They were taught to either tolerate their negative emotions about a task, or reappraise it more positively. Compared to group without these instructions, their level of procrastination went down. This is an amazing achievement in only two weeks.

Find something positive in the process of the task (not just the goal, which might seem too far away to motivate you). Think what you’ll learn through the process.

You're a writer because deep down, you enjoy it. Few activities are more likely to get you in the ‘flow’, reducing external stress and making time go by in a rush of creative fulfillment. Remember this when you’re approaching it with trepidation!

3 Be kind to yourself

Procrastinators often think they need to be stricter with themselves, but actually they need to be kinder. Have compassion and practise forgiveness as you would towards a friend. Being hard on yourself just adds to those negative emotions that will get in your way.

So now you know! I'm off to do some writing - how about you?

Posted by Creaky door writer at 06:06

Email ThisBlogThis!Share to TwitterShare to FacebookShare to Pinterest
Labels: how to beat procrastination, motivation, psychology, tips for writers, writer's block