What do people really think of your work? Meeting the critics face to face


Disaster and a consolation

Feedback about my psychological thriller novel Unspeakable Things has been wonderful. This was a great consolation after the disaster of my blog tour – Facebook blocked me for spamming.  I was in fact sharing unique content in groups with which I had built up relationships over months and years, but try explaining that to a broken algorithm!

Feeling that I had failed to reach out to a readership I don’t know personally, it has been lovely to receive the encouragement of people I do know, and to share their excitement and kindness.

Into the reader's den

I was delighted to get my first invitation to speak to a book group.

All did not go entirely to plan. I waited in the wrong place (they had moved to a different bar) and when I found them and went to buy a drink, I found that I had lost my purse. A lovely group member bought me a drink, but as I launched into my talk about how I came to write the novel, I was picturing thieves running amok with my bank account. I may well have been talking rubbish.

They were a great group – lively, interesting, intelligent and all really focused on discussing the novel (which has not always been my experience of book groups). 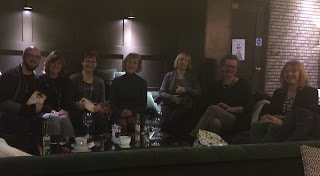 It was fascinating and enlightening hearing their thoughts. They had plenty of positive things to say – many had been gripped and read avidly to the end.

One young man, usually a reader of Fantasy, said it was out of his comfort zone, but he really enjoyed it, particularly the character of David. His interest and insights into the character were very encouraging. As usual when receiving compliments, I tried desperately to erase them from memory to avoid embarrassment, but I did treasure up these gems of approval.

There were of course things they weren’t sure about – moments they felt stretched credibility or left them confused. Once one person is brave enough to bring up such points, others tend to wade in too. When something comes entirely from your own head, it is a revelation to hear how it reads to others. They all thought, for instance, that the injection John attacked Sarah with was the reason for her collapse. I had left this open, intending the reader  to fear this, but later realise it was her high blood pressure that led to the crisis.

Some questioned why Sarah would stay in the house after what happened there. I explained that she wanted to restore the past, making new memories over the terrible ones. But as with a joke, if you have to explain it…

What really struck me was how often the points brought up were ones already raised by my literary consultant, which I thought I had dealt with.

When you have professional feedback, the advice is to leave the rewrite for a time, and ponder on it fully. Writers are all very excited at this stage, thinking, ‘If I just fix these things, it’s finished – I can publish it!’ The risk is that we rush in with quick fixes, following each suggestion. Perhaps it is better to wait for a solution to come from our own imagination. This might mean a fuller rewrite, but you will avoid the same issues being raised in future. In other words, don't do as I do, do as I say...

We all know that writers need rhino hide – if your work is published, it’s out there for the world to judge. But I’m not really a rhinoceros, and let’s be honest, any criticism of your creative baby is like a stab in your self-esteem. 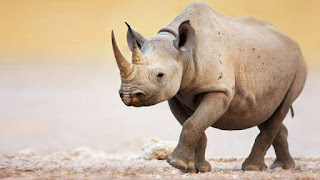 Nevetheless, I was determined to keep a cool head, and learn from this. I made sure I discussed all the issues rather than becoming defensive, and the result was an open and interesting talk, with a lot of warmth and laughter.

The vexed issue of Codeine Linctus

The trick with criticism is to separate the useful from the … less useful. One woman, having heard that I am an editor, took issue with my capitalisation of Codeine Linctus. Having aired this grievance, she had other matters to get off her chest. But we are never going to please everyone.

It was a privilege meeting this book group. I am hugely grateful to every one of them for buying the book and reading it. Their feedback was invaluable, and so was the drink that they bought me when I was flapping.

I found my purse later in the car. And as for Codeine Linctus, look – I’m still giving it capitals!

Posted by Creaky door writer at 05:26