Stress, Anxiety and the Thriller Writer

It has not been a good weekend. My husband, who a few months ago fell into a pit of anxiety and depression caused by work stress, has been making a slow recovery, but has had a rough couple of days. My teenage son has a chest infection and coughed most of last night, so no one has had much sleep. I sympathise with both of them, but at times my nerves are stretched to breaking point, and I have been known to rant and rave at the poor man from my own fear and frustration, then hate myself for making him feel even worse. On a lighter note, when I drove my son to the out of hours doctor to get antibiotics, he decided to follow her advice and wait a few days before resorting to using them. It was on the tip of my tongue to say, ‘Take them now! We need the coughing to stop tonight!’ 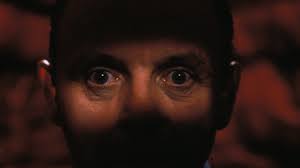 Thriller writers have an interesting relationship with anxiety.  In one sense, it is what we do; we create anxiety in the reader – but the enjoyable, fictional type that gives a frisson of excitement, not the debilitating type that ruins lives. If you are someone who enjoys reading, watching or writing thrillers, the chances are that you are not someone who experiences serious stress yourself. When a friend of mine who suffers from anxiety read through an earlier version of my novel, Unspeakable Things, she asked incredulously, ‘What made you want to write it?’ which perhaps wasn’t the reaction I had hoped for. Soon though, I remembered that she tries to avoid any kind of entertainment that might be disturbing, looking instead for the type that is comforting, uplifting or funny. 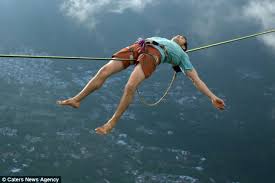 People who like thrillers are like those who seek out dangerous sports: their adrenaline levels are less likely to rise than other people’s. This leads them to go looking for experiences that cause the exhilarating feeling of an adrenaline rush – the thrill of free-fall, the novelistic tension ratcheted up to breaking point, the moment in the movie when everyone jumps. That’s me. My default setting, I have realised lately, is not worried. As my sons have grown older and sought out various dangerous adventures, my assumption has remained that they are all right, unless I am given serious cause to doubt it. When one  went on a school trip to Tanzania, some of the other parents wanted a phone call to reassure them that the flight had landed safely. I told my son that I would assume they had landed safely unless I heard otherwise on the News.

Nevertheless, in order to write characters who are going through terrifying times, you do need to empathise with those who suffer. You need to describe the feelings of being nervous, tense, shocked or terrified in ways that resonate with readers and provoke a reaction in them. And of course, I am not immune to feeling anxious. Lately my resilience has been under serious strain, though of course this is nothing to what my husband is going through.

They do say that if you are a writer, nothing that happens to you is wasted, and I have found that my experience of watching a loved one going through a difficult time has come through in my writing. In Unspeakable Things, Jim is bewildered by Sarah’s mood when she finds out shocking things about her mother’s past.

‘He began to steer her away from the whole Mary subject and tried to get her to focus on more positive things, and for a while he hoped that she was beginning to calm down. But in the evenings, he would speak to her, or glance at her as he laughed at something on the TV, and he would see her brooding, intense, hardly aware of him. In the mornings he woke up to find her sleepless, staring ahead. He found himself missing her as though she had gone.’

I hope I have not sounded callous, examining the subject of anxiety from such a writerly perspective  - but this isn’t the place for an in-depth unburdening about what the past few months have been like. I just hope that soon the brooding fear and the nail-biting tension will be back on the pages of my novel and that my husband and I, who once jumped out of a plane together, will be happily thrill-seeking again.

Posted by Creaky door writer at 12:29